We entered the USA, UK and now Europe via the sea. The ferry trip from Harwich to The Hook of Holland was one of subdued excitement and anticipation as we chatted with other cyclists about to begin their journeys. In particular one family: Charlie, Cordelia and their delightful young daughters Grace and Megan, who were about to embark on their first family cycling tour to Amsterdam.

Holland snuck up on me while I busy making plans. No matter! In my minds eye it’s all well signposted- Cycling heaven this way!

I found out rather quickly to my horror that there may be such a thing as too many bicycle lanes. Holland is indeed a cyclists Mecca. Everyone rides and the bicycle is given right of way, it’s like pre motorised China with European faces.

Navigating the extensive bicycle network takes a degree of skill and knowledge of the system. Paths are numbered, however they don’t follow each other in sequential order, rather, they intersect at different points. We found signs in The Hague to Rotterdam but wanted to see the International Court of Justice and the Peace Palace before we left. Therese spotted a sign pointing to Li’s Palace and thinking it was an abbreviation of the Peace Palace we followed the signs. We ended up out the front of a suburban Chinese restaurant! We then found our way to Rotterdam and followed the ring road for hours until we realised the sign numbering system.

Plot your desired destination and then join up with the interconnection paths to get you there, in our case our campsite. Take route 9 then 59 then 71 to 12 up the path to 86 and Roberts your mothers brother. Simple.

A consequence of being geographically challenged, is that I got to see a great deal of marvellous Rotterdam. Its architecture (old and new), waterways, canals, shipping, people and windmills, lots of windmills (old and new).

We successfully navigated out of the city via a purpose built underground cycling tunnel. The infrastructure built to support the ubiquitous bicycle, in its myriad of forms, is amazing! Build it and they will come.

From Kinderdijk we navigated via a combination of numbers, cycle signs and good fortune. On through pretty towns whose names I struggled to pronounce: Alblasserdam, Papendrecht, Dordretcht , Biesoschi, Werkendam, Woudrichem and finally Gorinchem. We have set up camp in a funky, alternative themed campground in time to do a little bicycle maintenance, fix Therese’s broken stand, clean the drivetrain and replace a few screws that have shaken loose from the rear racks. So far our bicycles have proved pretty much bulletproof.

I must say it’s great to be in a country where cycle tourists don’t warrant a curious look from passer by’s, we are normal here. 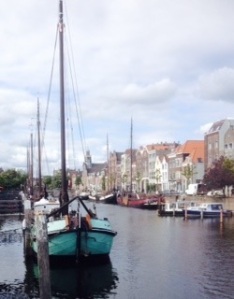 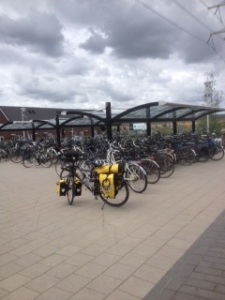 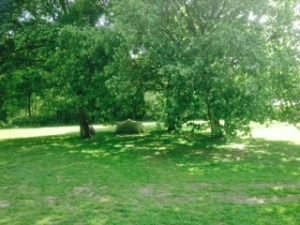 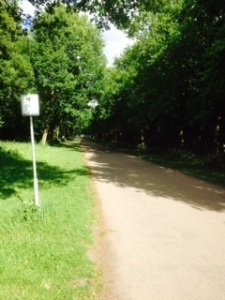 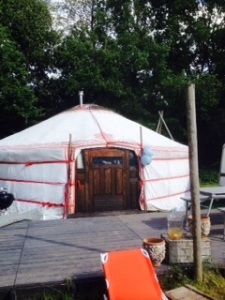 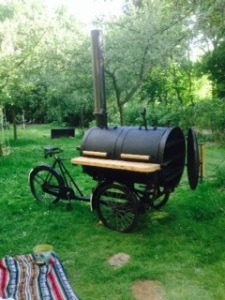