Life is full of small pleasures. It’s the little things, those tender mercies you appreciate most.

Rolling into Richmond last night the fearsome South Westerly was already building, 55 kilometres an hour was predicted with the occasional stronger gusts. Down at the caravan park we pitched our tent on the concrete slab of a disused camp kitchen. It had no windows, just a roof and walls,  it was a fantastic buffer against the howling tempest. Gum Nuts and branches pelted the roof like hailstones all night but we remained safe and sound.

It was only a short ride through vineyards and small farms from Richmond to Hobart. We mixed it with the early morning commuters on a road with no verge. I was comforted by the sign advising drivers to give 1.5 meters to cyclists.

We had a spectacular downhill run to cross the Tasman Bridge then along the Cycleway to the city centre to take in the sights. Picked up a new set of front panniers for Therese, before cruising around Hobart and heading back along the Derwent River on the inner city Cycleway to our camp at Treasure Island caravan park, opposite MONA.

As I have lost my voice, Therese has had some respite from me interpreting the touring experience for her. It’s great to hear her holler with sheer joy as we crest a hill or take another downhill run into some hamlet.

Cycle, eat, camp, sleep, it’s a simple routine really. One that can become an almost complete way of life, flavoured by the people you meet along the way. Like John the 83 year old retired doctor who came out to Devonport on an assisted passage in 1959 to work at the local hospital and hasn’t moved in 56 years. He now sleeps with a mask (sleep apnoea) and looking back on his legacy is comforted by the contribution he has made to the lives of people in his adopted community. I thanked him for making the decision to call Australia home.

Tomorrow we will go to the Salamanca Market and do some sightseeing on our rest day in Hobart. 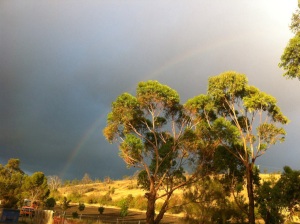 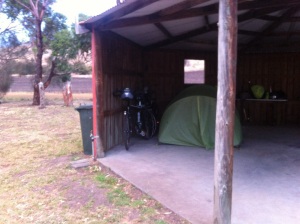 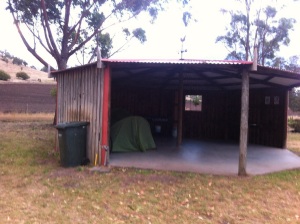 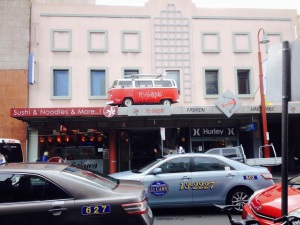