We stayed in an historic village called Oatlands and after hours it has a spooky, brooding, hidden feeling like “Village of the Damned”. The ruined gaol, which was where they used to hang convicts is being brought back to life as luxury accommodation.

Down by the Lake, our less salubrious digs sheltered by a row of ancient Cyprus pines, stood up well under attack from the torrential rain and spiteful wind. We remained alert but not alarmed and got some sleep.

We woke to a cold vengeful wind barreling up from the Antarctic. It was time to give the warmer clothes and our wet weather gear a run.

Cycling through the Cole River Valley to Richmond provided us with an exciting, terrifying and all encompassing touring experience. The wind was crackling full of power energy and mischief; slapping you in the face one moment, pushing you in the back, then attempting to suck you into its cruel vortex and dump you in front of oncoming traffic!

I have completely lost my voice, while Therese has found hers. I communicate via my air horn, one blast for no, two for yes and three to get off the road! It takes great concentration to cycle in such conditions. Its physically and mentally draining but exciting too.

I saw a couple of snakes writhing together, a dance of love or death? Nearby a smaller snake was sunning itself.

Rolling into Richmond we set up camp at the local caravan park. We are the only ones with a tent and the only ones cycle touring, so we are somewhat of a novelty to the Grey Nomads.

Taking in the tastes and sights of town, we stopped at the picturesque Richmond Bridge for the obligatory happy snap. Evidently the drunken flagellator George Grover was thrown to his death over the side of Richmond Bridge in 1831. 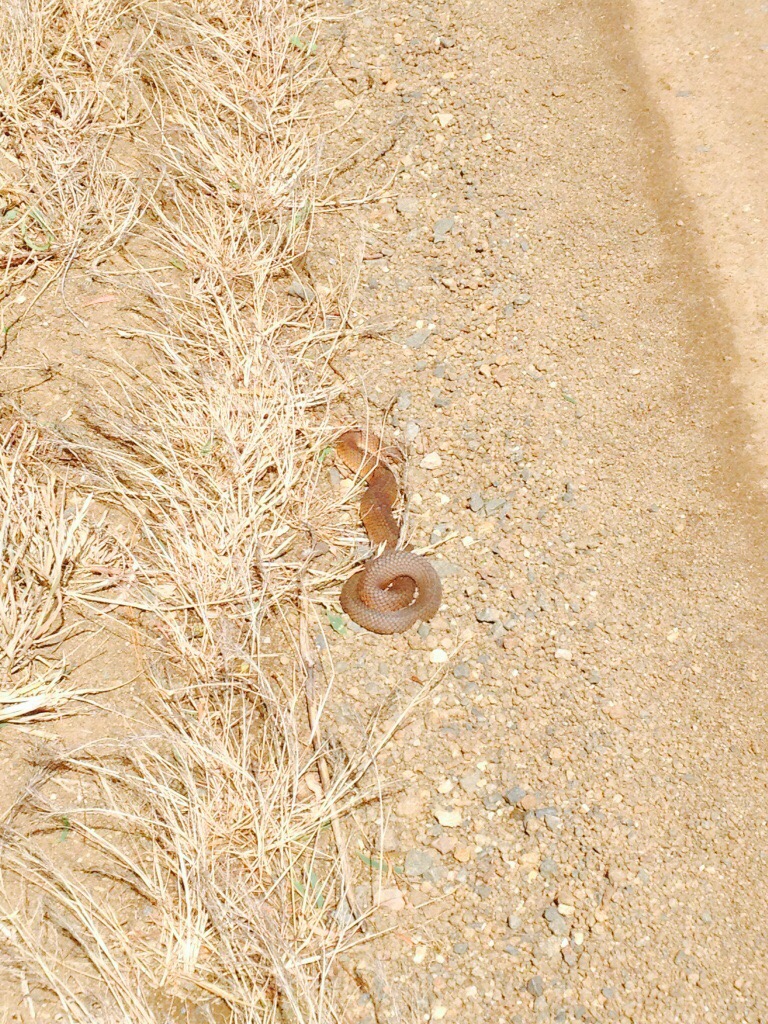 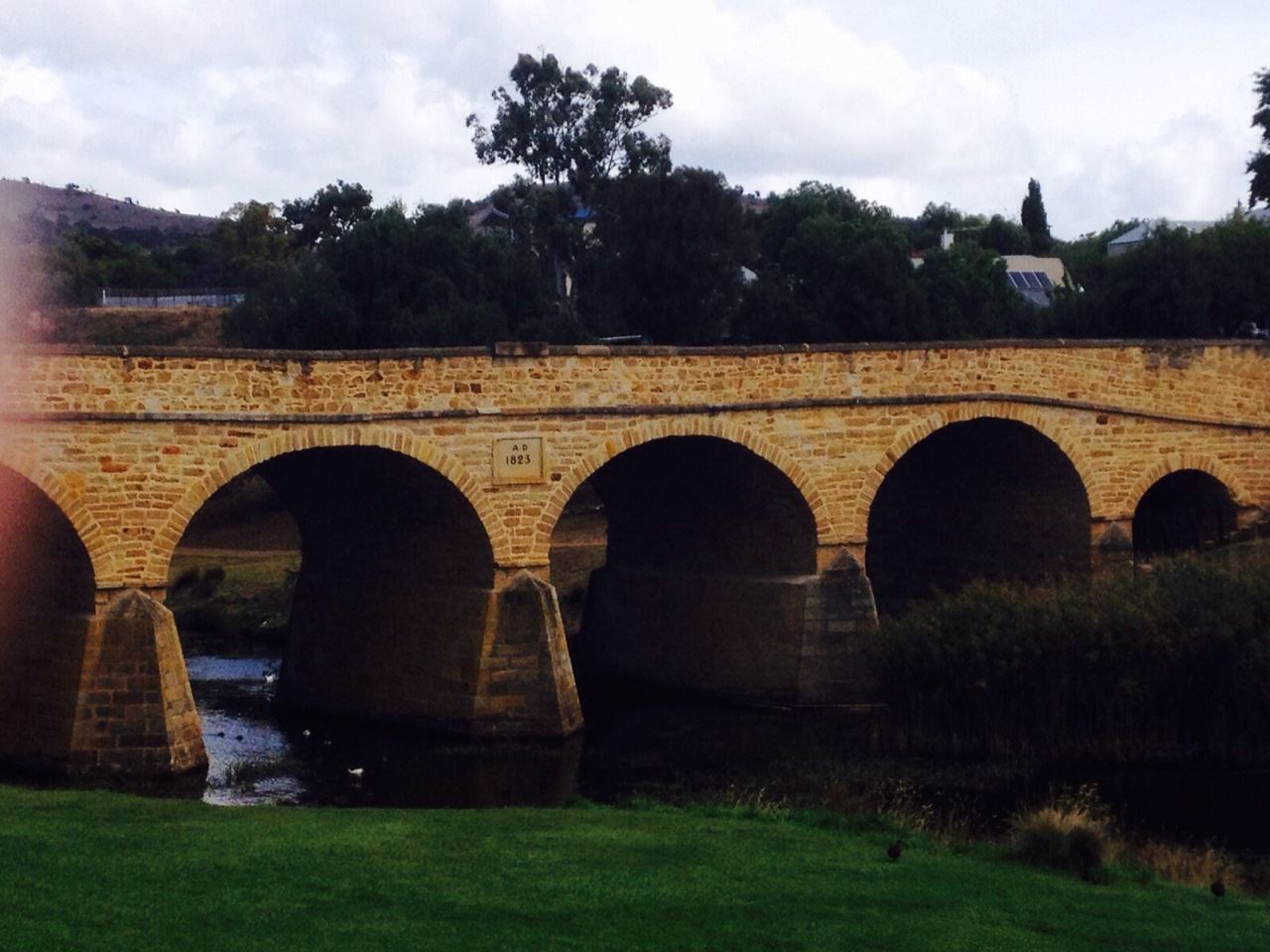 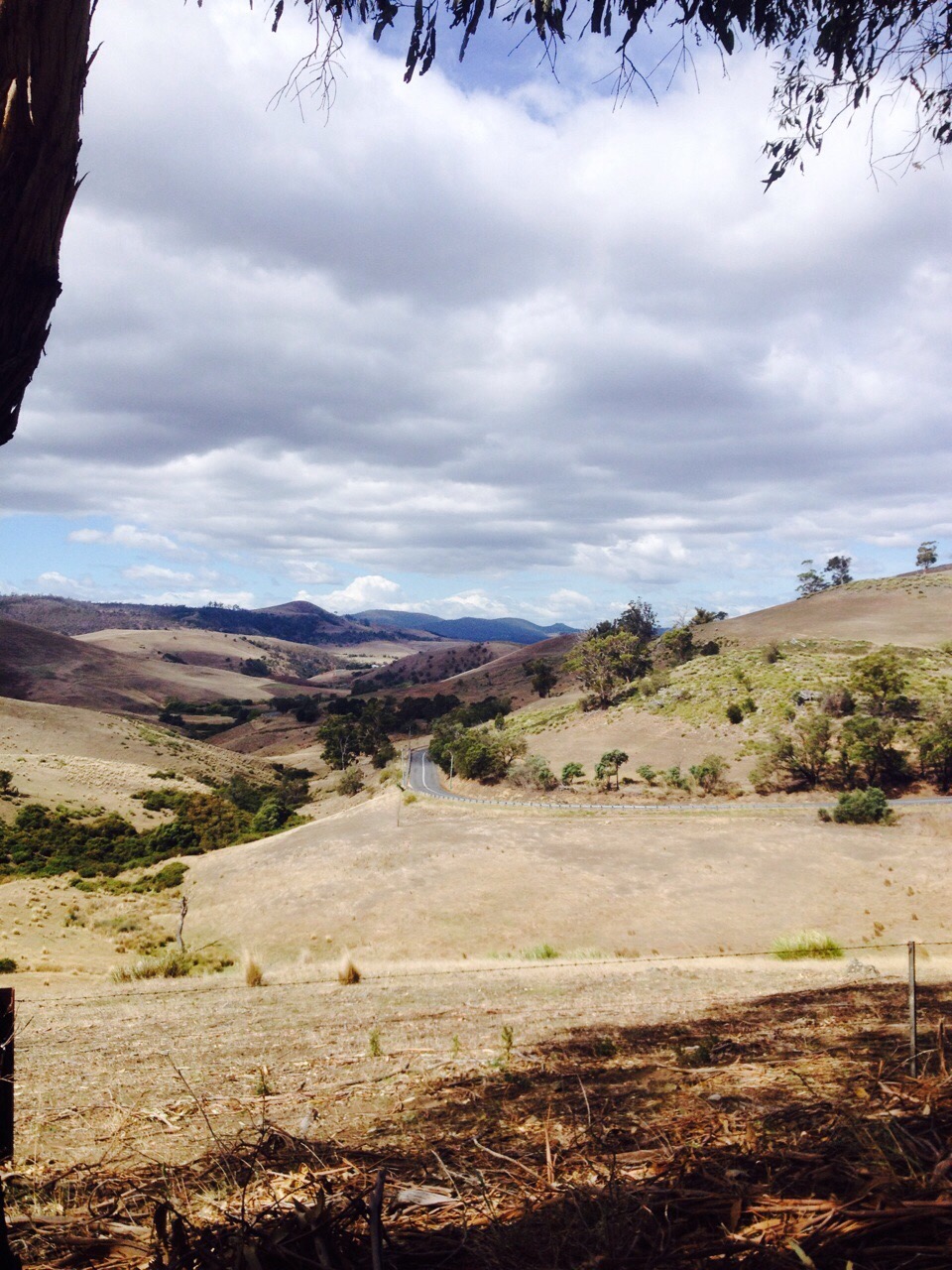