A gloved fist waved above my head in a helicopter fashion was sufficient to ward off today’s early morning magpie attack, the only one of the day thankfully.

There’s a lot to be said for riding in sunny, tropical conditions, especially when you don’t have to haul around 30 kilo’s of gear in the increasing humidity. The Bruce Highway is one lane in each direction, while the surface is generally quite good, the shoulder or designated bicycle lane is pretty much an afterthought that comes and goes.

Murphy’s Law of Cycling number 1) The shoulder will disappear completely when you need it the most; at bridge or river crossings.

Murphy’s Law of Cycling number 2) if there are two road trains traveling in opposite directions on an otherwise empty road, the point at where they intersect will be exactly where you are at that point in time.

Today I had company, those small fawn coloured Kangaroos. I enjoyed watching them bound along the roadside beside me, unfortunately too many of their comrades lay dead along the verge, another obstacle to be avoided. As unlikely as it seems the area under sugar cane cultivation grew even larger, supported by irrigation, other crops were plentiful as well, mangos and tomatoes. I suppose you could grow most anything here. The lush landscape is such a contrast to the drier conditions I’m used to riding in back in Victoria.

The cycling is mostly on flat roads with a few ‘lumpy’ sections against a mountainous backdrop: Cranes, ibis, egrets, kites, butcher birds, Lorikeets, crows, magpies, magpie larks, minor birds and other birds sing, chirp, fly past and make their presence known. There are also some birds I don’t recognise: A parrot with a bright red face and a white and yellow water bird of some kind with long black tail feathers.

Coconut palms, plantation palms and Bismarck palms are some of the tropical trees I recognise and there are many more I don’t.

After riding through the flat cane fields, I rise through more hilly country with stands of remnant bush land. Monolithic rocky outcrops provide an opportunity for people to graffiti their names.

As it was only 85 kms today, it wasn’t long before I rolled down the last rise into Alligator Creek. Without exaggeration I think I have crossed half a dozen Alligator creeks in Queensland, but this one had a big sign with a picture of a crocodile saying ‘Welcome to Alligator Creek’ so I guess it’s the real thing. I stopped and peered into the murky waters and saw lots of lotus looking pink flowering water plants but no Crocodiles.

About 20 kms from Townsville proper, the duplication of the Bruce Highway is in full swing. Roadworks have essentially killed off any verge shoulder or safe cycling path. I found it technically challenging mixing it with the exodus of caravans, road trains and cars as I navigated my way through the morass into Townsville where I caught up with Therese.

After settling in at the caravan park opposite the beach, with a stunning view of Magnetic island, it was time for a local cycle along the bike path and boardwalk taking in the scenery and history of this beautiful tropical city.

Back at the Caravan Park, I chat with the other happy campers. Steve tells me his dad was knocked off his bike on a training run through the Dandenong ranges when he was aged 79 and was never the same again. He had brain damage and he died a couple of years later. Without any disrespect, I explain that all cyclist know that accidents are ‘The price of entry’. We pay and sometimes we pay dearly. 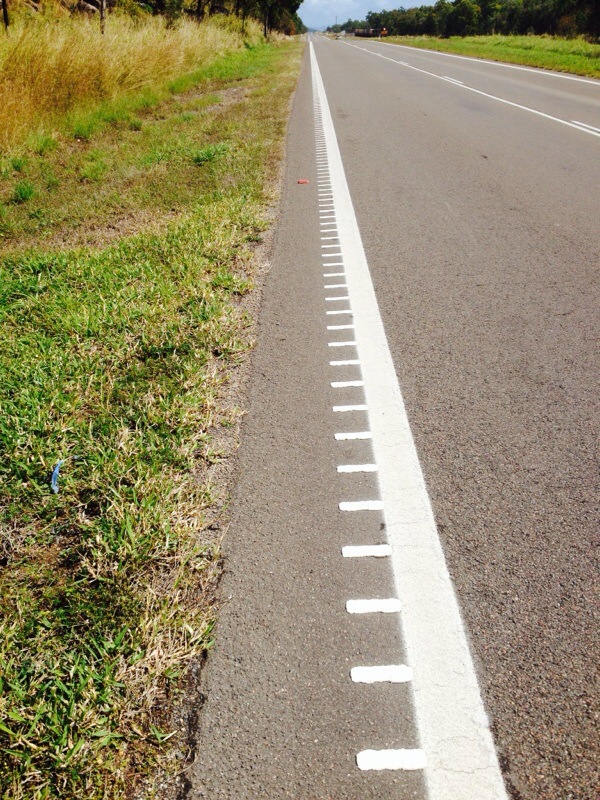 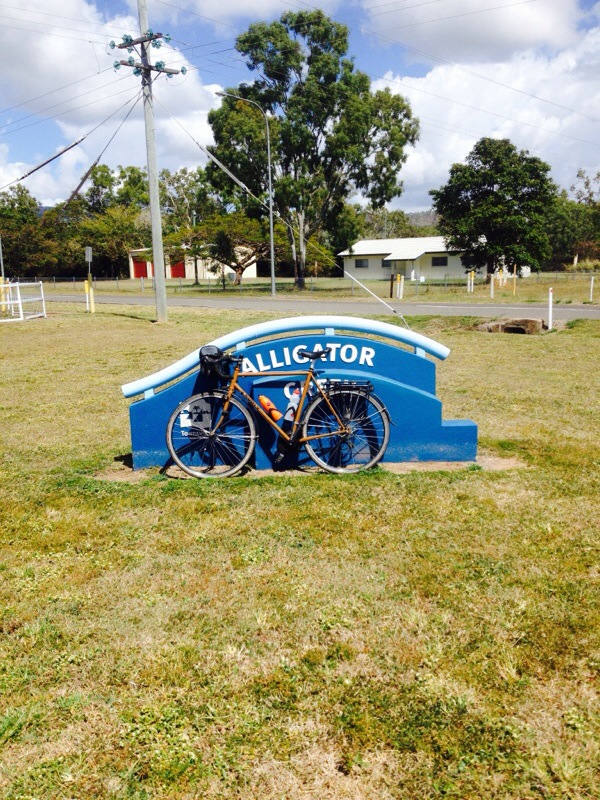