Greece on My Wheels

By Cycle Touring Australia and BeyondOctober 27, 2017

We cycled out of Patras as the fading rays of a lost summer sloshed up against the northern shores of the Peloponnese.
In this land full of history, nothing lasts forever. The old road has fallen into disrepair, traffic is aggressive and unpredictable. I keep my fears to myself; cyclists die here, we know the price of entry. I think of my cycling touring hero Ian Hibell 1934-2008.
We camp at Lampiri, in the midst of a trembling storm. At Akrata the resorts are boarded up leaving the promenade to stray fishermen and cats. The camping ground in Kiato is empty except for a couple of plump Germans scurrying home to Berlin in their camper. There’s a real sense of things coming to an end!
After Kiato its Corinth and North East into Athens. Once the cradle of Western civilisation, home to the democratic ideal and modern rational thought.
Cyclists in Athens are ‘a statistical anomaly’ says Marius at Cycle Lovers bicycle shop.
After spending the last eight months cycling over 10,000 kilometres in a dozen countries whilst living in a tent, we are enjoying the luxury of a hip inner city apartment in the Mets neighbourhood of Athens. We join the queues of well healed tourists waddling up the Acropolis.
Athens has been roughed up by capitalism and bruised by the bailouts. Graffiti of the new anti fascist Antifa reaches up to tickle the skirts of Doric columns.
I wonder what ancient Athenians/Greeks like Socrates, Plato, Aspasia or Hydra would say of the troika and imposed austerity? Perhaps the answer lays in the abundant orange trees that line the streets. These short, bushy trees with their glossy leaves are actually ornamental bitter oranges the fruit is inedible! However, I understand they have been used by protesters at demonstrations to strike home their grievances against the authorities. Just don’t tell Antifa ! 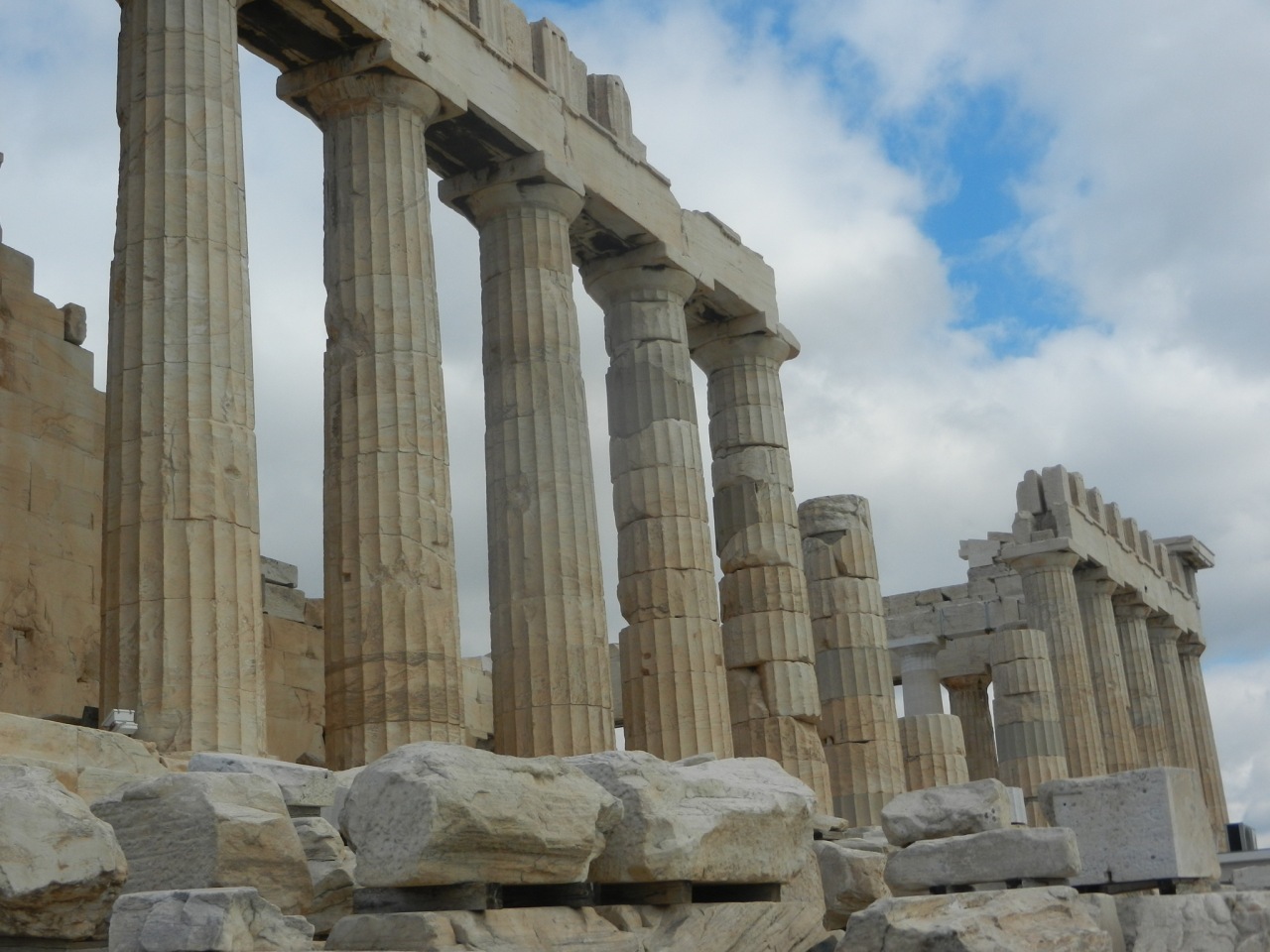