By Cycle Touring Australia and BeyondSeptember 22, 2015

It’s a short ride along the coast from Cork to the Port at Ringaskiddy, past one last shrine to the Virgin Mary, where we take the overnight ferry to Rosscoff on the Brittany coast in France.

I was unsure if the French immigration service would allow us entry. cycle touring these last few months in Europe we hadn’t really paid much attention to visas. “Merci beaucoup” I said happily as my freshly stamped passport was handed back by the bored tired looking official in Rosscoff. In the icy cold early morning we cycled off to an unknown destination.

An impressive duck egg orange sunrise lit up the fields of ripening Cabbage and artichokes. Signs claiming that the road to Morlaix was closed seemed arbitrary. We decided to see for ourselves and were rewarded with a freshly laid, car free, unmarked stretch of bitumen that took us along the seashore past guest houses, hotels and chateaus. Passing pelotons of club riders resplendent in their matching jerseys, called out “Bonjour” or “Bon Courage” as they whizzed past.

Rural France closes down on Sunday’s, so on this warm autumnal afternoon I watched people enjoying their leisure. A canal fisherman proudly showed me his catch of undersized Redfin: “Tres Bon!” he says gleefully, a women climbing a step ladder with her wicker basket to pick pears along the track, while a cloth capped old man was shaking the trunk of a fruiting oak tree sent showers of acorns down on what I supposed were his squealing grandchildren. All the while the air carries those earthy country flavours. France smells like vegetable soup and I’m getting my loving spoonful.

Canal de Nantes a Brest meanders like a river from Brittany North West to the Atlantic Coast, we cycle mostly along the tow path, frequently passing the old locks, no longer in use. However, the tow paths are well maintained as an off cycling track and many of the Lock Houses have been re purposed as cafes, pensions or private homes.

Mostly we seem to have the path to ourselves, only occasionally meeting other touring cyclists. It’s Autumn now many people are back at work after the summer break, so we get to drink in the last burst of growth and seasonal colour change.

The French municipal campsites have a well deserved good reputation within the cycling fraternity: cheap, bike friendly, clean showers and usually free internet. Sometimes they even provide toilet paper! Tariffs of €7.00 or €10.00 are half the price you are expected to pay elsewhere in Europe.

We have a vague destination in mind; San Sebastian in Spain which is roughly 1200 kilometres away or in cycling distance 3 or 4 weeks . 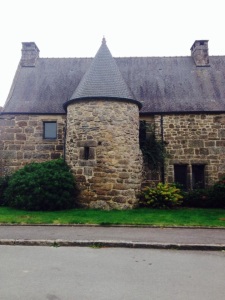 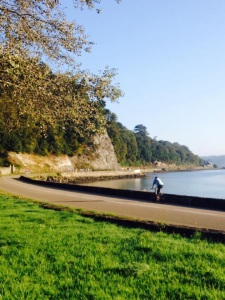