Switzerland, where have you been all my life? 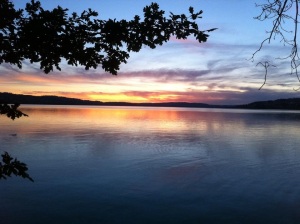 We had an easy cycle ride along the Rhine from Bad Bellingen to Basel, where we found a great camping ground at Le Petti Port, a suburb of Basel just across the three nations bridge on the French side of the Rhine.

The Art Basel festival was in full swing. We spent the next couple days exploring artistic wonders around the city. The Munster had a guillotine installed in the forecourt, invisible sculptures were on display, an installation of a wooden table painted with yellow coloured honey attracted a crowd as well as numerous insects. My favourite was a collaboration between an artist and chef: Painting the Roof of your Mouth. The artist gave up his paintings which were then burnt, the ashes given to a chef who made them into ice cream, which was then distributed via a gelato stand to bemused patrons so they could sample the burnt offerings.

The cultural feast was further enhanced by French National Music Day, which occurs every year on the summer solstice. We walked the streets of suburban St. Louis and Huningue listening to Turkish music, a jazz trio and a French heavy metal cover band that was so bad they were good. The lead singer away with the fairies as he played air guitar in a puffy shirt singing Black Sabbath covers. I was reminded of the movie spinal tap.

There is only so much culture a cyclist can take. It was time to get back on the road into the Swiss farmland. On the road to Aarau we found the hilly Swiss Countryside challenging: Our first real hills since California! The skies were filing with dark clouds as we arrived at our camping ground at Susslingen, on a farm. We camped on an escarpment under an abundant cherry tree. We were treated to a ferocious thunder storm that blew the sodden tent pegs from their footings.

I was excited to be cycling into Lucern to meet my son Gus and his new fiancé Rebecca and her extended Swiss family who hosted us for the past week. The Rigi mountain, Lake Lucern, the Flower Bridge, the snow capped Toplis mountain. The delights of Switzerland seemed endless, the scenery, food and people were delightful. Switzerland is almost too beautiful, paradise on earth, the yardstick by which beauty can be judged.

We cycled around Lake Sempach, visited villages around the lake and spent a lot of time in the old town of Lucern. I marvelled at the ancient architecture and attended a 13th century history festival in the village of Sempach commemorating a Swiss victory over the invading Austrians some 700 years ago. It was a feast for the senses to see hundreds of people dressed in costumes of the day in a recreated medieval village.

The large extended Leuenberger family welcomed us with unrivalled Swiss hospitality hosting us to dinners and parties, welcoming us into their homes and community while acting as our personal tour guides providing a very unique Swiss experience.

After a week of indulgence in the company of some truly beautiful people it’s time to saddle up and hit the road. 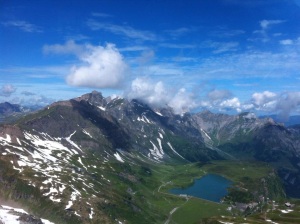 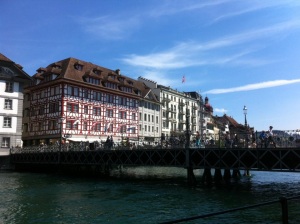 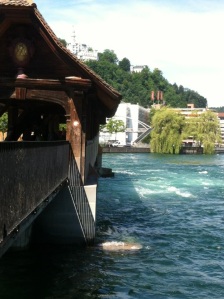 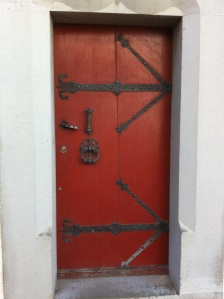