New York! My Bite of The Big Apple

“We hate you guys, sometimes you make it so hard just to get lunch.” I was sitting on the steps of the Washington Museum in Wall Street deep in the heart of the Financial District chatting with Trisha, a local and finance professional who works in the Mellon building across the street.

New York is a giant sponge, soaking up everything that it comes into contact with. New Yorkers have an ongoing love hate relationship with their city. They hate the traffic tourists and rising prices but love the culture, power and prestige of their famous city.

New York appears to be in a constant state of renewal, seemingly pulled down and rebuilt daily. Walking the early morning streets you can watch yesterday being hosed away, as tomorrow is still being developed. New York is a paradox; while life is being lived out as if it’s a background to a giant movie set, played on a timeless loop, some other things never change .

Central Park with its great lawn , The Reservoir, Cleopatras Needle, bench seats and softball games. Hells Kitchen, Chelsea, The Meatpacking District, Tribeca, So Ho ,Greenwich Village Chinatown, Little Italy , The East Village, Midtown, Times Square and the Theatre district, Sutton Place, the Upper West Side, Morningside Heights, Harlem and the Upper East side. We walked or caught the subway to explore the island of Manhattan, absorbing all we could in this city of neighbourhoods.

A dizzying array of monuments, museums and landmarks compete for your attention. As for the Food, it’s all here: The best ……. In New York. Its cheap and plentiful: street vendors selling New York hotdogs, large hot salty pretzels, bagels, pizza, tacos , Mexican food, nuts and fresh fruit and ice cream, to a soundtrack of sirens and tooting cars.

We sat in Bryant Park near the Library and Grand Central Station watching people, watching other people, listening to many languages other than English, people playing chess and table tennis. New York works, people say please and thank you a lot,  hold doors open for one another and sometimes they even smile. Sure there are scammers and sketchy characters, hey it’s a big city. We had a call in our Hotel Room from somebody claiming to be from the hotel wanting our credit card details , yeah right!

New York is very inclusive, everyone’s needs are accommodated. I especially loved the advertisement in the personal columns of the Village Voice offering domination services: Spanking, fetishes and the like that proudly claimed to be Jewish Friendly. Now that’s what you call kosher! 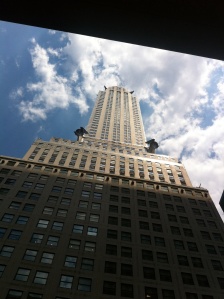 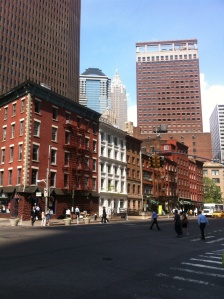 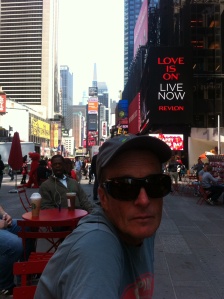 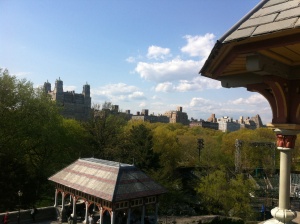